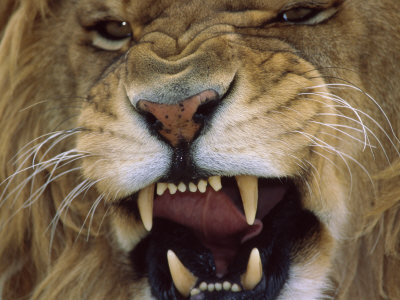 position of the cause of most humans death is: 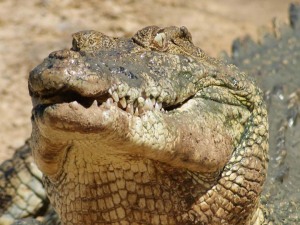 Crocodylus Porosus The Salt Water Crocodile
Lighting is the only way to describe the speed of being captured by the bone crunching 2500 to 5000 psi jaws of this creature which can reach a length of 20 feet and weighing more than a ton! There is no warning. With the patience of a spider waiting for it’s prey it is virtually undetectable in the environment. Though it breathes air it can hold it’s breath for hours just below the water’s surface at  the river’s bank. When an animal comes to the edge of the water the saltwater crocodile can propel over 50% of its body out of the water to capture his prey. The attack is lethal and it is impossible to react in time to escape. If the bone crushing bite does not kill the victim the quickly following “death-roll” will. With the speed of a striking rattlesnake the victim is snatched from the bank or shore and dragged to the depths of the water to be broken into swallow able pieces by the wildly thrashing and rolling of the crocodile with the victim impaled in its razors sharp teeth. Because the saltwater crocodile is prone to cannibalism it’s hide is nearly impenetrable and resistive to the bites of other crocodiles. Most of the human victims that become prey are fishermen and children. Since the advent of the gun there has been fewer human deaths and consequently fewer saltwater crocodiles. 🙂

THIS IS A MAJOR SAFETY TIP! Don’t go fishing or swimming or allow your children to play anywhere near where there are saltwater crocodiles!

Where are Saltwater Crocodiles? Anywhere there is an inlet waterway from the ocean; from Cambodia to Australia and from Philipines to India.  Is there anyway to tell a saltwater crocodile is near by? If you are near the water and still alive that is one indication that there is none, at the moment, near by.  If there are white chalky rocks on the ground about the size of your fist that break apart easily then leave quickly. Two animals leave white feces hyenas and crocodiles. The white color comes from the calcium in the bones of their victims. Still there? Examine the water, is it disturbed and muddy so much so that you can not see into it? Crocodiles will constantly disturb the sediment in the water to conceal their bodies in the water.  Examine the bank and it’s vegetation. Does it look like someone tried to paddle a canoe from the bank down to the water? Is there a part of the bank that looks as if someone kept sliding a large boat into the water? If your answer is yes to all of these and you are still there; what are you doing outside the walls of the institution without professional supervision! 🙂

position of the cause of most computer destruction is: 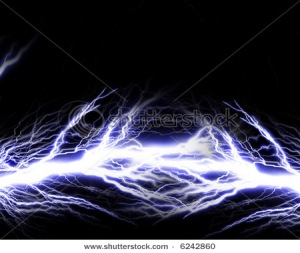 What are these fangs and claws? They are  surges, spikes, transient spikes, power failures, brown outs or under voltage, noise, frequency variation ; though other electrical appliances are immune to them they are deadly and lethal to modern day computers.

If you still want to try, make sure there are no appliances connected to the same circuit. If an air conditioner or any large appliance or copier is on the same voltage line then every time you turn your appliance on or off your computer will be having what would be similar to a major heart attack!  Electricity will jump from its path and go where it shouldn’t and do some very nasty things to your hardrive (which holds your data!), your computer’s motherboard and it’s memory cards.

Still want to plug your computer into raw power? Travel to the location of each home and address within ten blocks of where you are plugging in your computer. Is there arc welding going on? Perhaps an auto body repair shop? Or construction with steel beams that are being welded? Anyone using heavy equipment that is electrical or have a backup generator that they test once a month? If the answer is yes to these questions don’t plug-in your computer!

Still want to plug-in your computer to raw voltage? Check you light bulbs. Do they suddenly get real bright or dim for no reason? Has there been a time where two or more light bulbs burned out at the same time? Don’t plug your computer into the wall socket!

You still want to do it?  Okay, turn your stereo on. Put it in AM and select a frequency between stations so there should be silence. Do you here sizzles and whoosh sounds? That is EMP sounds. Don’t plug your computer into that same socket where the stereo is plugged into, there is no ground! You will loose your data and crash your hard drive and possibly the longer you stay connected to the power the greater the damage to your computer’s memory and motherboard.

Still want to plug it into raw voltage? Switch the selection on your stereo from radio to phono and increase the volume. What do you hear?  Do you hear crackling and popping sounds?  That is the sound of spikes!  That big pop was the audio of a 50+ volt spike, which would have been the equivalent of being shot with a bullet!  Would the computer have survived?  Maybe yes maybe no it would depend on where the spike went when it shot through your computer.

Still want to plug-in your computer to raw voltage?  No ?  Then get that wall between your computer and the raw voltage and remove it’s claws and fangs!  Buy a UPS!  If your answer yes that you want to kill your computer by plugging it into raw vottage then I am sure that when someone asks for your cell number you  are thinking of your padded room at the institution. 🙂

We are here for you.

This entry was posted on Friday, October 23rd, 2009 at 5:44 pm and is filed under Biology, Hardware, Science. You can follow any responses to this entry through the RSS 2.0 feed. You can leave a response, or trackback from your own site.

One Response to Most Lethal #6