WHERE DID MY EMAIL GO? 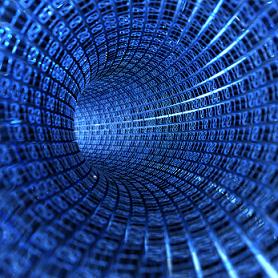 Virtual image of a network cable

Why is sending and recieving email to and from a friend no different than driving to Mexico from Los Angeles and back again?

My friend wanted to show off his new spaceship, uh sports car, by inviting me to a trip from Los Angeles to a little sea port village south of Tijuana. His enthusiasm for the fun we would have was quite comical especially the part when he said we would be back the next day.

Did he know it was a weekend? yes.

Did he know it was also a holiday? yes.

Did I go with him? No. Did he go anyway? Yes. Did he have any fun? He said he did but sitting for 10 total hours stopping and going at 3 miles an hour in a spaceship no matter how luxurious is not my my idea of fun.

What was the problem? Going from one network of traffic to another, the border wait. IF you ever have driven to Mexico then the following pictures should trigger your memories of frustration and discomfort.

crossing the border to Mexico

How about coming back?

What does this have to do with email?

Well internet traffic is designed after the same model of highways, freeways, roads and border crossings that cars, trucks and motorcycles travel by.

Just like trucks and cars and motorcycles ip-packets that carry your data though the internet are of different sizes and travel different speeds. Remember the anger you felt after 2 hours of waiting at the border to see a motorcycle shoot past your car and all the other motionless traffic to take first place at the border exit? Or maybe you have been stuck behind a slow moving semi and finally were able to accelerate around him and proceed at a faster pace. Or just for fun you wished you had a police interceptor and to go flying down the freeway, way past the speed limit with the siren and lights blaring?

If we imagine that every firewall and router as a border crossing and each motorcycle, car and truck as an IP packet carrying data then we begin to see where the problems can and do happen.

Let me introduce the CHP vehicle of the internet “ping”. “ping” does not behave as other vehicles (IP packets) his job is to patrol the internet when called upon to report access and destination status. He travels at top speed and has total clearance through border crossings (firewalls and routers).

If you click the  start icon and then left click on run then type in cmd, a black window appears. Type in “ping yahoo.com” then press enter.

So then 21ms is  the speed your data moves to get to yahoo and back?  No!

It’s like being a police interceptor with lights and sirens blaring, that is not normal traffic, this is “ping”.

We will now simulate a packet of data and report the wait time at each border (router and firewall) on the way to yahoo.com

As it goes through each border (firewall and router) it reports the wait time.

The three columns are the three times it is tried.

Notice it took 31 ms to leave San Diego but it took over 106 ms to get through Los Angeles!

What if we drove across the borders in a semi instead of a cobra sports car (tracert)  would the times be different?

What do you think happens when we add pretty graphics with fancy fonts for our email and attach multiple photo images with sound? Does the word “18 wheeler” mean anything to you?  🙂

Will I go to Mexico with you?

Only if we travel light and ride motorcycles! 🙂